Even though the Scalable Game Design / iDREAMS project focuses primarily on STEM classes - Science, Technology, Education, Mathematics - it has applications in Language/Arts classes as well.

In the 2009-2010 school year, Steve Barron implemented some Scalable Game Design curriculum in his Spanish classes with the help of Fred Gluck and Corey Papastathis. Initially, this was an experiment, since his class did not fall into the “normal” mode of the project. The experimental results over the past school year have been very impressive, both in terms of the student projects as well as the very positive social, educational, and motivational outcomes. This past year, Steve's students were among the top contributors in terms of the number of games submitted by school.

The class that Steve taught at Ft. Lupton Middle School was designed to implement two curricula (Spanish and Technology) together. The class was taught primarily in Spanish with the use of middle school curriculum. The school has approximately about 450 students across three grade levels 6-8th, most of which take this class. The school year was divided in to three trimesters each 12 weeks long. The class was held Monday through Friday for 45 minutes in which students would get exposed to both basic Spanish and Technology terminology and standards.

During the first 6 weeks of class, students would spend their class time learning new vocabulary words and concepts that would aid in building their self-made Frogger game during weeks 7-12. Students were expected to learn vocabulary words and concepts that then were incorporated into weekly hands-on activities that was done by using computer skills and programming. For example, students learned about the four types of seasons and appropriate clothing for each season. The assignment that was given to the students was that they would have to invent a story that was using the winter season terminology. Students chose to replicate the Frosty the snowman story along with an animated piece that demonstrated vocabulary retention computer skills and computational thinking in building their animated story.

During week seven through week twelve students were asked to develop a basic story line that would be the foundation of their game that they would be building. During the first few weeks using AgentSheets, students began writing game descriptions, a game storyline, objective and directions. The format that was used in this activity was kid-friendly and self owned. Students were asked to choose characters of their liking. This gave the teacher an opportunity to get to know the students and know more about them as individuals.

As the weeks went by students were required to use more Spanish in their game and have more of a foundation, awareness and concepts into computer programming and game building according to their game.

Watch Steve Barron talk about his spanish classes in the YouTube movie below: 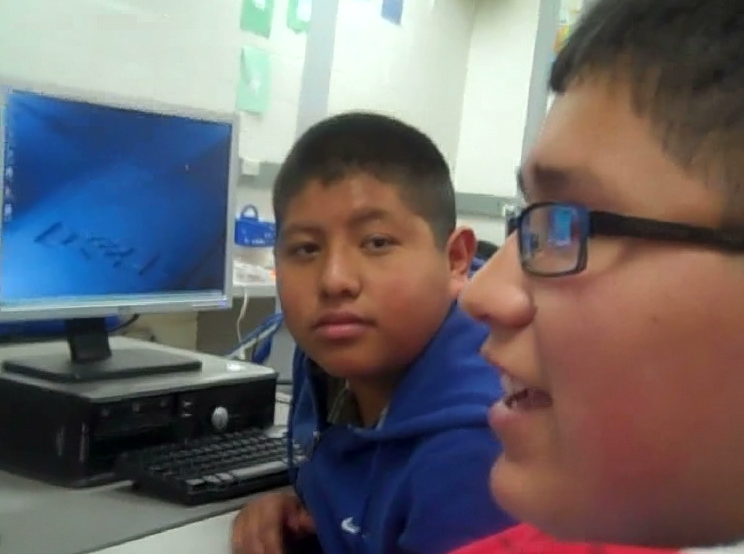 Allowing students to work in a positive, hands-on environment, with the use of the computer and software, students felt more involved and had more pride in their work. Both the behavior of the students and their self-reported attitudes toward the games they created and learning, in general, were extremely positive and unanticipated. Moreover, the teacher reports that the retention level was noticeably higher across all grade levels. Students were talking using Spanish terms and vocabulary to their peers in regards to their game and how cool it was going to be when it was all done.

There was cultural integration in ways he had previously not observed, due primarily to the combination of tasks in Spanish language and game design. Steve Barron reports on one such example of a spanish speaking and an english speaking student relating to each other through their shared game design experience. <youtube v="gVl6U6fCoA8"/>

Parents also reacted very positively to this combination of language teaching and technology. 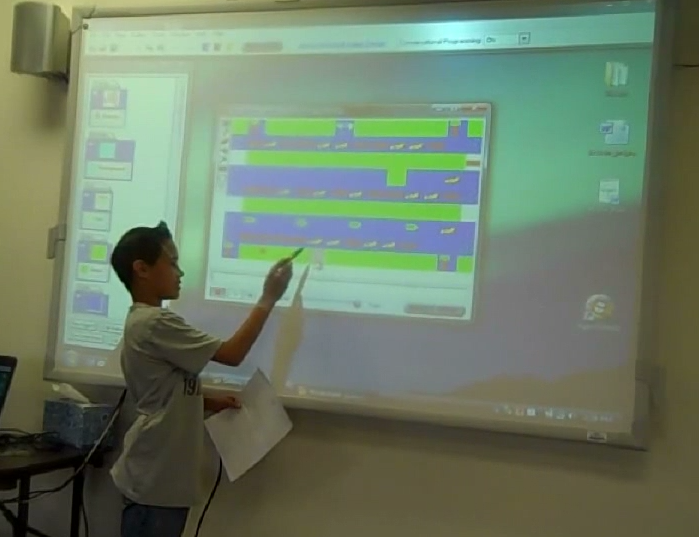 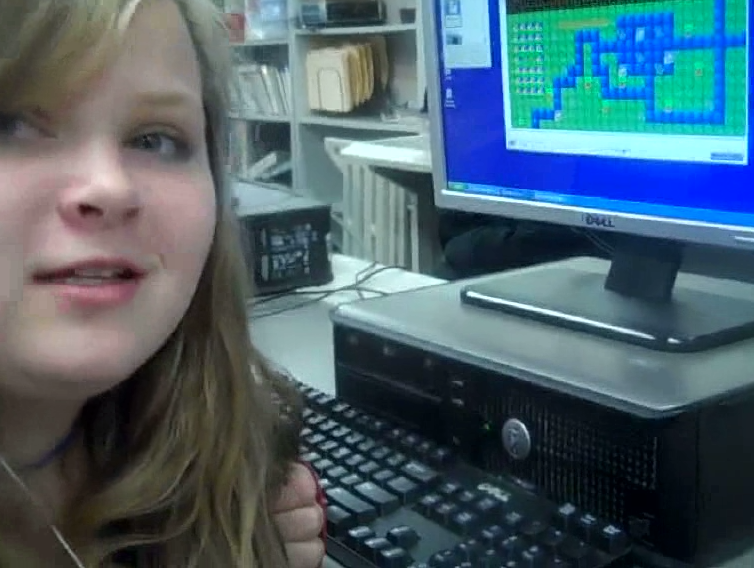 Student and her game