We have looked at some of the classic video games from the 80's and identified some good candidates for games that can be implemented in AgentSheets. Below is a list of these games based on the level of development difficulty (as show in the Flow picture). The benchmark Level 1 is set to Frogger. We also identify the for each game. 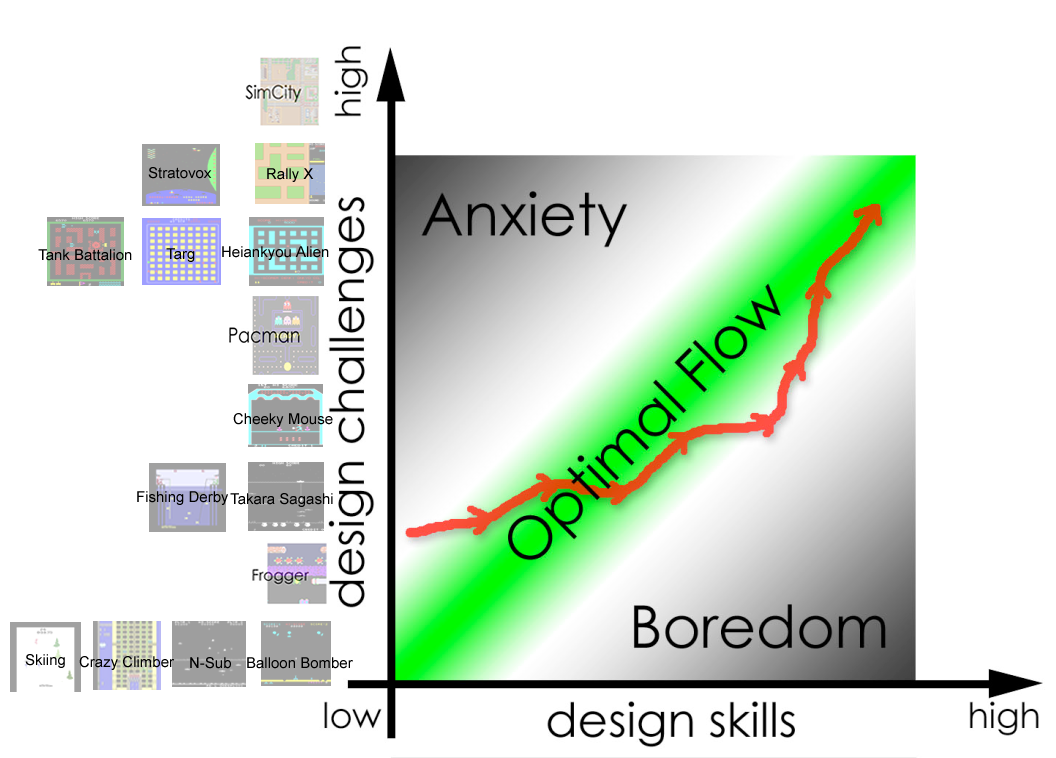 • Windows that open and close (the most common danger).

• Bald-headed residents (aka Mad Doctor), who throws objects such as flower pots, buckets of water and fruit in an effort to knock the climber off the building (with larger objects appearing by more aggressive Mad Doctors in later levels).

• A giant condor, who drops eggs and excrement aimed at the climber (two at a time in the early stages, as many as six or eight in later levels).

• A giant ape (styled like King Kong), whose punch can prove deadly (he becomes more aggressive in later levels).